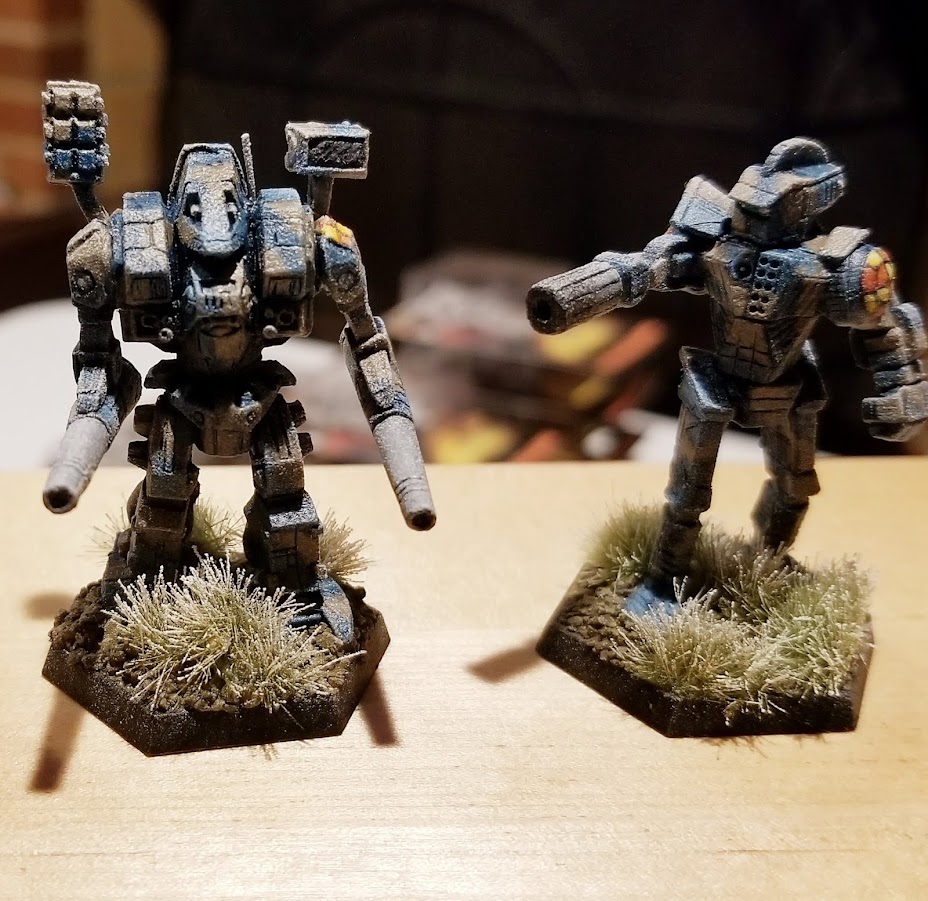 I thought I would roll things off for my next few blogs by taking a look at some of my existing armies and getting folks feedback. First up our my Speed Freek Orks for 40K. 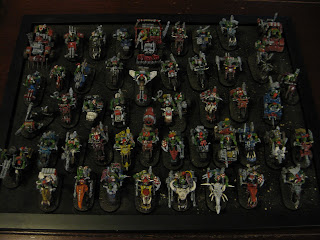 As I mentioned in my previous post, I have a tendency to build and paint an army, play it in a tournament or two and then sell it off and start over. Not my Orks. They have sentimental value beyond their true cost (I believe they would fetch a good penny if I did decide to part with them). Their story starts while my dad was going through chemo. I would go with him for his weekly treatments and we started to discuss my next 40K army. Eventually we fell on the Speed Freeks. We discussed options and looks for all of the bikers, nobs, riders, conversions, etc. In the end, you get the army you see above at 1850 points. (My dad is still going strong after 2 bouts of cancer and chemo in the past 4 years, so the army keeps rolling on too).

Some of the interesting facts about this army to consider (at least to me).... it took 5 weeks of planning (after selecting the army with my dad), laying out each bike, rider, and buggy. It then took 5 weeks to paint the whole force (in was in preparation for a local GT). The army consist of 44 bikers and 3 skorchas. Every single bike is different and every rider is different. There are no duplicates at all throughout the force.

I figure I will post some photos of my favorite riders and significant models of the force throughout other future posts (wait until you see "Need for Speed", "Indiana Jones","ATV", "Scout", "Star Wars Speeder bike", "Gobbos Revenge" and many others). So to start with, I give you Wazdakka Gutsmek, the army general and reason I can take 3 units of 12 bikers as troops. The Dakkakannon is converted from 4 IG autocannons (it is strength 8, 4 shots after all), and he has the wicked power claw/buzz saw. The trophy skull is from the Helcannon model. 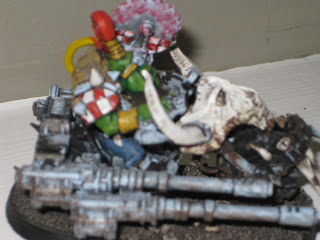 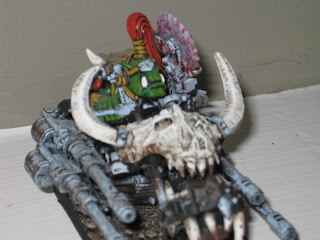 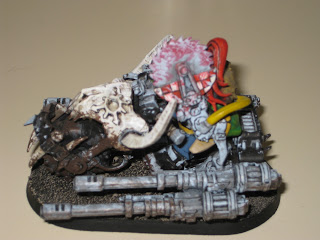 Next up is the army's Warboss. This bad boy allows the unit of Nobz to also count as Troops. It's nice to have everyone count as troops for most games. One thing you will notice in the army is that all the big orks (Nobz and HQ models) have head trophies on the fronts of their bikes to help show they are the toughest. Our Warboss had the pleasure of ripping the head of a visiting Carnifex to add as a trophy. His power klaw helped a little bit in the fight. 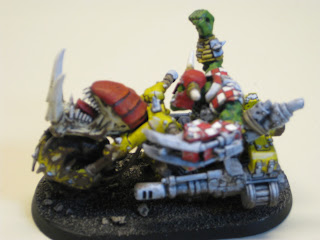 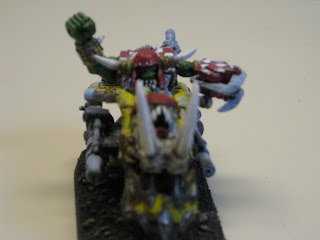 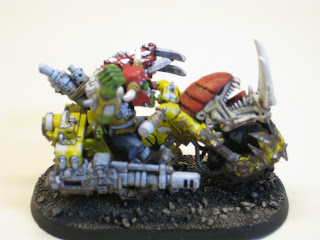 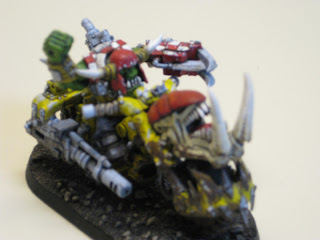 I actually enjoy painting the checkerboards, so you will see this on many of my models.
Enjoy! I will soon be posting details for this year's local Games Day Event (December 10th).
Posted by Whatadive at 10:06 PM